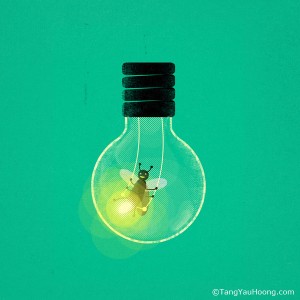 If our technical department should make a list of the received questions, particularly and interesting statistical information does give the attended results, given that most of the cake would have a single color, linked to the question that almost all of our customers – both working in the field that newbie – poses: how LED lamp can replace a sodium lamp?

In fact, the experience allows us to answer quite easily, with the LED we can obtain a saving of about 50% only thanks to the type of technology, since it represents the first in the history not to produce light by combustion, but by the generation of photons following the activation of chemical processes.

For years, both in the contract that the common way of speaking, reference was made to the electric power consumed – the Watt for instance – to identify the type of lamp; that’s because up to the high-pressure sodium, we had a projector on steel, inside which the lamp was positioned, bought by one of the major manufacturers.

Such lamps presented, if of high quality, an almost identical amount of luminous flux – expressed in lumens – which was only partially influenced by the shape and the characteristics of the body. Such differences were in terms of a few percentage points that did not justify themselves a difference between a producer and another.

This way to select the lamps was born, however, from conceptual mistake, which was to assess not feature specifically lighting – the light output – but the power consumption which weighed on the system. Often forgot also that to those values ​​was necessary to add the consumption of electric power supply, which worsened at least of 10% of the energy balance.

For many years, this unit of measurement was good , but just to take one example, it would be like go to an appliance store and indicate, as a sole feature to the choice of a television, the consumption that this will have once connected to the wall. We would create many difficulties to the attendant of the store department … 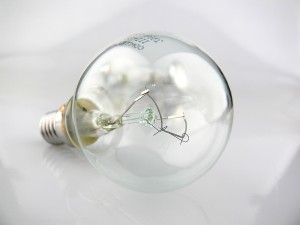 Starting from the LED, it is no longer possible to think in terms of power, since compared lamps by using only this reference goes inevitably to not consider all the research and technical improvements developed over the years.

A few years ago, LEDs could not be considered a good substitution of sodium, since the efficiencies that they had were certainly not comparable to those of today, and the price was still high. Justify a return in investment in just a few years was not easy, with a high initial cost and a curve of the savings not particularly steep.

Research and diffusion of such technology, however, has led to lower prices and, in parallel, increased efficiencies, on a comparable power flow generated is much greater. In this way, you can have the return in a short time and that’s why in the last years, people are working hard to upgrade all lighting systems.

From these words, you can understand how it is useless to think in consumed Watts by the lamp, since that two different lighting bodies of different technology and quality could consume the same amount of energy, but produces a different flow.

Specifications in hand, we must not look for the consumption of the lamps, but the necessary flow. It will be from this data we can evaluate the quality of different products.

In fact, even about the flow, we would have something to say, since that it also is subject of confusion. The flow to be analyzed, in fact, is not that of the LED, but the one that comes out from the lamp. The light generated inside the lamp undergoes a series of physical changes – mainly tied to the reflection and overlap inside the housing – and is attenuated by the presence of directional lens and the glass, which has the task of protecting the electronic component.

The lens plays a very important role inside the lamp, since if well designed for the type of environment, is able to be directed in an optimal way the distribution of the light, going to illuminate only if it is necessary.

In the lighting calculation, we are going to evaluate results in precisely how the light comes in the areas, without considering the scattered one inside the lamp or in other not attractive areas of the environment. 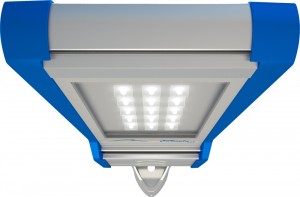 Choosing the correct lamp thus presents a difficulty and requires the proper attention to ensure the desired result. This is the reason, why we often use the lighting calculation, led by designers with the right experience, who can provide complete information and helps to make the right choices.

With the calculation you can also intervene in the case of error in the previous (or often missing) design. Starting from the condition indicated by the law or by the custom it is possible by using the LED to optimize more easily the amount of light, managing to consume only the bare essentials. The lamps, in fact, thanks to the presence of a modularity – which is not possible with the sodium – help to extend the choice of the number and the type of LED, not exceeding in not required illumination.

And you, did you have experience with the LED? Do you need more information or want to reveal more details about this new technology? Contact us, we can solve all your problems of outdoor lighting.